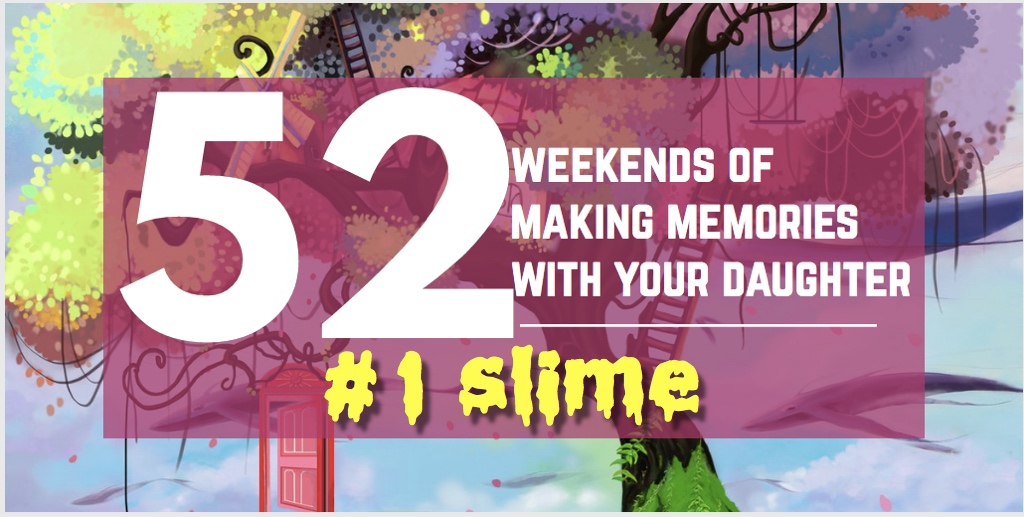 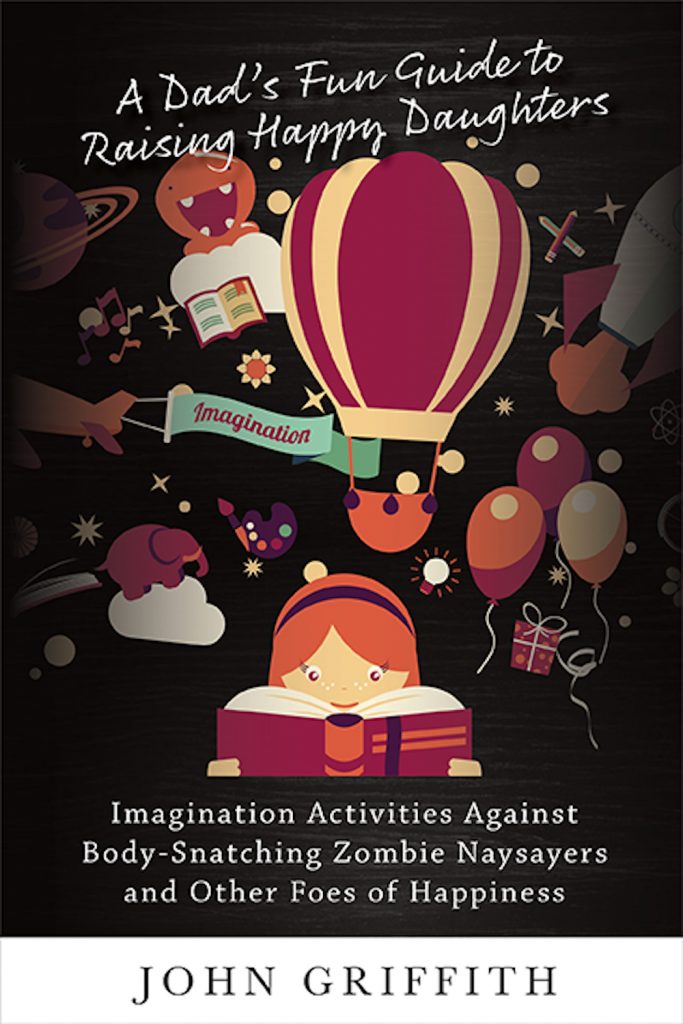 This memory making idea wins the trifecta award. It’s cheap, easy, and fast. You can also add “easy to clean up” to the list. And if all of that wasn’t enough, what you end up with is some cool stuff that is fun to play with. Heck, you can make farting noises with it when you poke your fingers in the stuff! I mean seriously, is this not a daddy/daughter dream activity?

My daughter wanted our slime project to be a Shimmer and Shine theme. She is a huge fan of those glittery genies.

We bought a couple of mason jars to store our slime, but those things are kind of plain, so we painted the lids. We painted one in Shimmer pink and the other in Shine blue.

Next, we used a hot glue gun to attach a small figurine to the lid of the mason jar. And finally, we finished off the jar by attaching several of those sticky gemstones to the glass.

Have fun, and I hope you return here and share your experience with slime.

These recipes come courtesy of Little Bins for Little Hands. This is an awesome blog dedicated to kid-friendly science. When you can, check it out. There are many slime-making videos, in case that is your preference. 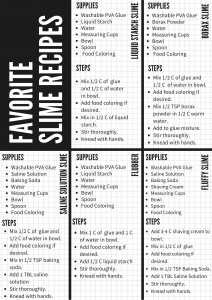 Slime is a chemistry experiment

My daughters love chocolate milk, and they are quite proficient at making it. But they are never awed at the result. They still know the brown stuff in the glass is milk, but with chocolate flavor. But slime is a very different thing, regardless of the recipe. What you start with and what you end with are very different.

We used the following ingredients:

So here are these three, very different ingredients with very different properties. Yet when they were combined, the final product – that would be the slime – was nothing like any of the original three. All were changed. . . radically changed. How cool is that?

A New Science Concept that ‘Matters’

The final product – yes, the slime – introduces our little ones to a new concept in the world of matter. At their young age, they know the solid, liquid and gas forms of matter. Slime pushes the envelope a bit by breaking the rules. This new concept has a fancy name – “Non-Newtonian.” Basically, when a substance falls in to the Non-Newtonian category. that means that the substance can act like a solid or a liquid, depending on the force (or lack of force) applied.

Quicksand is Non-Newtonian. Step in that stuff, and you will sink. Try to get out, by flailing the arms and legs, and it hardens like rock. There is no chance of getting out. Slime is a bit like that. Punch it, and it is hard. Hold it, and it will start to drip down your hand. Now that is some cool stuff.

My daughter has those moments when she chooses to fight a battle she can’t win. You know what I mean. . . being human. . . making life more difficult. We all do it. No matter what she thinks the battle is about, it’s not. She is trying to control something that is outside of her control.

My daughter sometimes acts like a Non-Newtonian fluid. Sometimes she just goes with the flow, her resistance is low, and she allows things to just happen. However, there are other times when she hardens like a rock, acting like stubborn little she-mule. During these moments, she makes life suck for herself, as well as any poor soul unfortunate enough to be in her presence during those moments.

Now, this is going to sound odd, but what I am about to tell you really worked.

Recently. during one of those stubborn moments, I counseled her. “Be the slime,” I said. I reminded her how slime just kind of oozes down and around whatever it is touching, with no effort. I explained, “You just have to allow things to happen that are outside of your control. The sun is up. No matter how much you wish it would go down, it is not going to go down until it is time. How silly would it be to get mad at the sun? Be the slime, and the let the sun go down as it is supposed to.”

She gets the visual completely! I even heard her say to one of her siblings the other day when they were struggling. She said, “Don’t be hard. Just relax. Be the slime.” She is five.

Life is a bunch of sand castles, you know. Try to find a way to memorialize your memory making moment by taking pictures or videos, or making a scrapbook. As we grow older, we all tend to forget some of the good times we share together. Today’s technology gives us the opportunity to document our memories as they are happening.